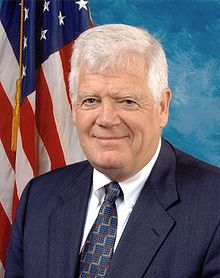 The big problem lies in the third level of Medicare appeals, which is run by the Office of Medicare Hearings and Appeals (OMHA), according to witnesses at a House subcommittee hearing Tuesday. A backlog of 460,000 appeals are pending for administrative law judge hearings, said Rep. James Lankford (R-OK) chairman of the Committee on Oversight & Government Reform’s Subcommittee on Energy Policy, Health Care & Entitlements.

Subcommittee member Rep. Mark Meadows (R-NC) said clearing the backlog “would take 10 years to clear,” provided all the administrative law judges called for by the Centers for Medicare & Medicaid Services were hired, an unlikely move.

Providers’ payments may be held up while an appeal is underway, which was the source of lawmakers’ frustration and anger at the hearing.

An official from the Office of Inspector General testified that the RAC program has not been evaluated properly because appropriate metrics have not existed. Meanwhile, the director of healthcare with the General Accountability Office said more needs to be done to ensure program integrity. He said RAC audits have grown from 1,500 per week to 15,000 per week.

The first two levels of appeals, which go to Medicare Administrative Contractors (MACs) and qualified independent contractors (QIOs), are not suffering similar logjams. MACs and QIOs have just 60 days to make a decision or an appeal.

Back  in February, CMS cut off RACs’ ability to request documents for claims reviews until new RAC contracts were procured. Providers cheered that decision, as they did when Rep. Jim McDermott (D-WA)  proposed  levying penalties against RACs when provider appeals are successful.